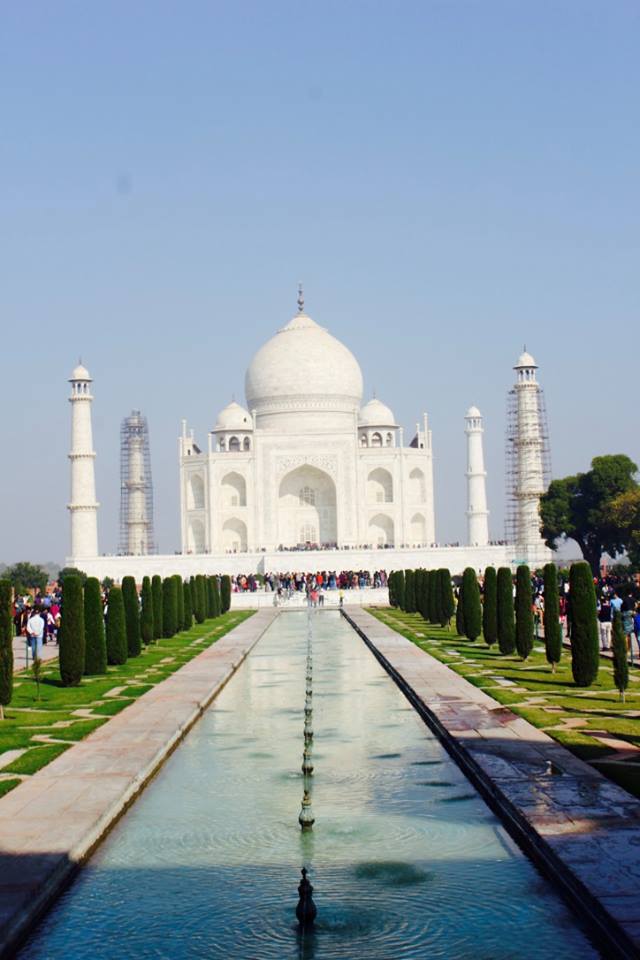 Growing up taking Indian dance, hearing stories of my grandparents’ multiple visits to India and my love for India made me most excited for this country. However, it proved to be the most challenging environment we faced throughout the year. We arrived in Delhi and stayed the night before driving to Jaipur, the city we stayed in for the next month. Immediately after stepping off the plane you could feel the pollution in the air and see the depressing amounts of poverty that consume the country. As a group of mostly girls, it was a shock to face the extensive amounts of sexism in the society. I have never felt so uncomfortable while walking the streets just because of my gender. Since women were forced to stay at home, basically everyone walking around were men. They would come up to us and say inappropriate and offensive things to us. Between the horrible pollution and constant harassment, everyone was apprehensive about the month ahead of us. We also were struggling with homesickness during the holidays as Christmas was coming up. We had been away from home for about 5 months and we were starting to feel the effects of being away for so long. We celebrated Christmas with Secret Santa, decorating stockings and by sharing all of our different family traditions with each other. We took many tours of the forts and palaces, learning the vast history throughout the city. 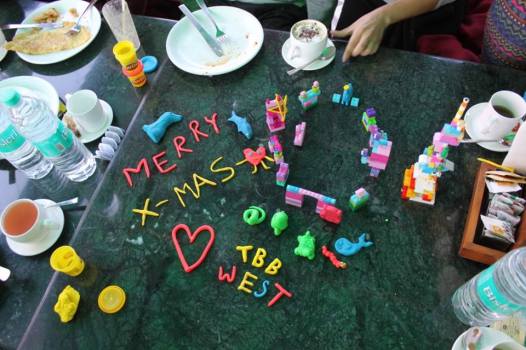 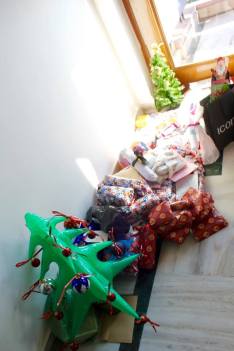 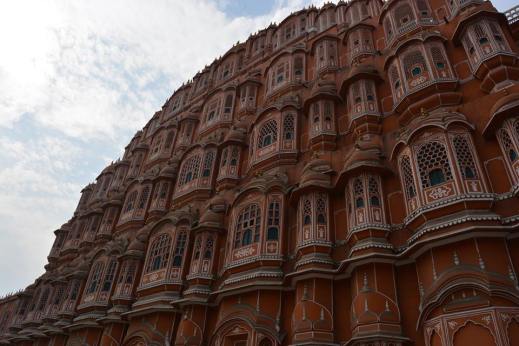 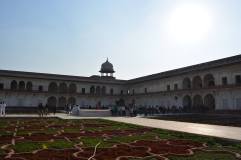 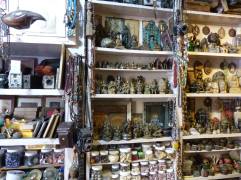 After Christmas we moved in with our host families and unfortunately my roommates and I were about 30 minutes away from everyone else. Luckily our host family spoke fluent English so we were able to communicate with them more than our previous families. I love children so working at a school seemed like a great fit for me. Despite my excitement to be with children, I had no idea about the corruption and disorganization of the Indian educational system. It also was very uncomfortable to be thrown into the classrooms with no teaching qualifications and told to teach English and math. The principal would tell the teachers to step aside and allow us to teach the class instead. I started to feel like more of a burden and disruption instead of helping. Some of my other peers were in charge of classes with about 50 students without help from teachers at the school. I mean we didn’t speak Hindi and were still students ourselves, how could we teach them? Our principal constantly took pictures of us while disregarding his own teachers, making us feel awkward. There was a constant struggle between us wanting to work WITH the teachers and the organization wanting us to tell the teachers what to do. It was hard to discuss how education empowers people but then seeing how us being in the schools actually was inhibiting the teachers and students from functioning on their own. Schools rely on volunteers from western countries to develop the education system instead of improving it themselves. Seminars were spent exploring the different educational systems throughout the world and discussing the tough reality that some volunteer work can be damaging. The work project in India was definitely the most conflicting but it also taught me the most. I now know to question not only the intention of any volunteer project I participate in, but to also look at any effects my work might have. Sometimes good intentions do not always result in good results. 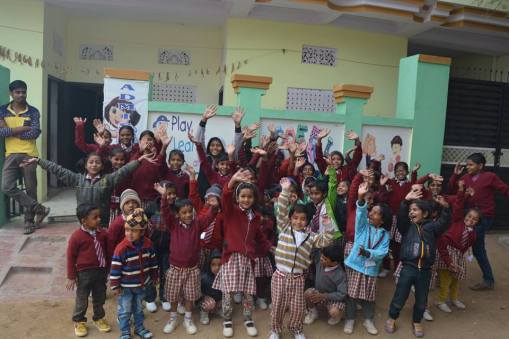 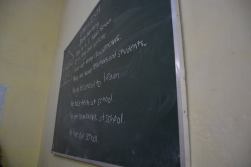 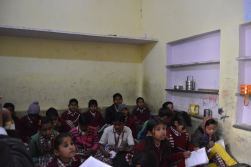 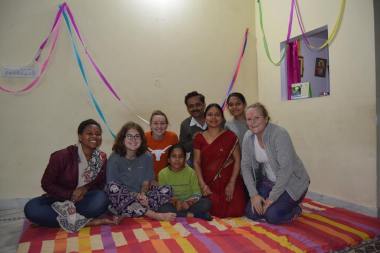 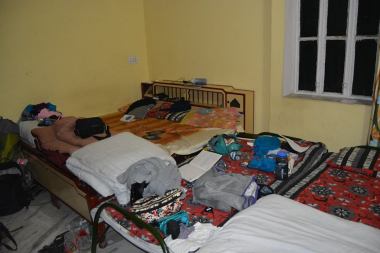 Although the work project and living situation was difficult, it was nice to be living in a city for majority of our time in India. On the weekends we were able to shop in markets, eat in restaurants and visit historical sites.We were able to  I also celebrated my 19th birthday while in India so my friends threw a surprise birthday party and my host family made me a really delicious traditional Northern Indian meal. On my birthday we went to a textile mill where we each made our own scarfs with the natural dyes used in famous Indian textiles. One weekend we drove to Agra in order to visit the Taj Mahal. It was crowed but we were able to walk around and then watch the sunset over the gorgeous grave. Visiting these famous places always made me realize how much more amazing they are in person versus seeing them in pictures. 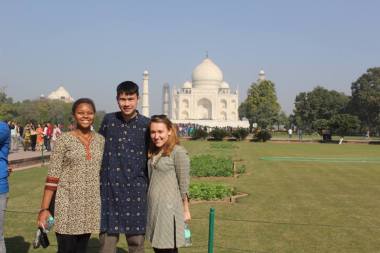 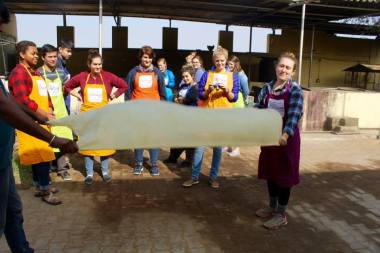 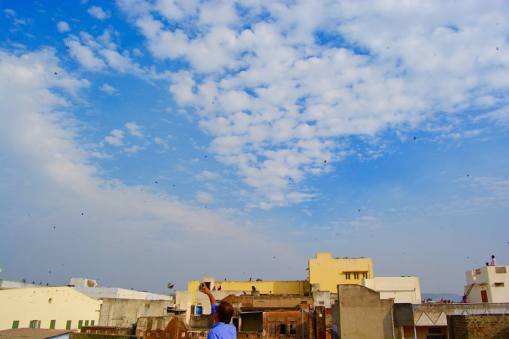 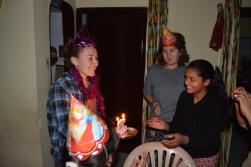 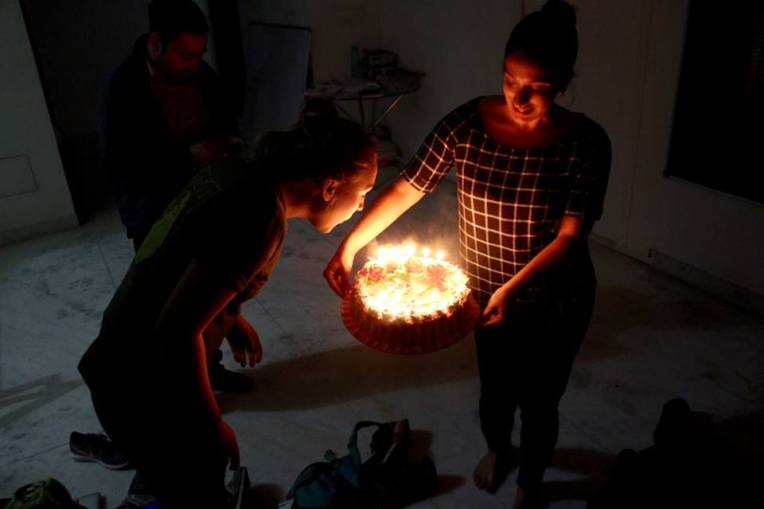 After a month in Jaipur, we travelled to Udaipur to begin our 3rd enrichment week. In Udaipur we saw hotels and more forts and palaces. We ate at one restaurant so many times, they began to recognize all of us. We took a boat tour of an island and did more shopping around the markets. We then went to Pushkar for the camel trek through the desert. We each got to ride our own camel for about 3 hours into the middle of the desert where we camped out for the night. Although, I wouldn’t exactly call it camping, it was more “glamping”. We stayed in fully furnished tents that had their own bathrooms and showers. That night we had a giant bonfire and watched dancers and fire-breathers perform. The stars were so bright and we all played a giant game of cops and robbers just to be goofy. After the desert trek we spent our last day visiting the only Brahma temple in the world. Honestly, it was a bit underwhelming compared to others we had seen. It was a really nice week to see other parts of India before heading to South Africa. We did have a lay over in Dubai where I accidently bought a $22 hamburger from Shake Shack. 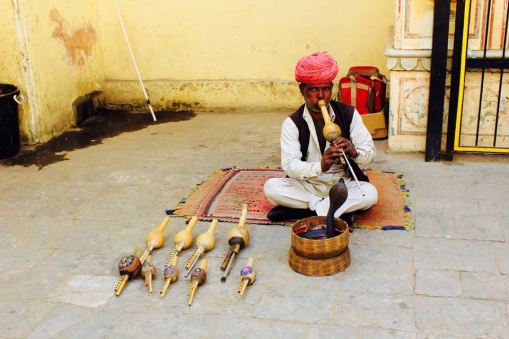 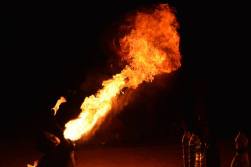 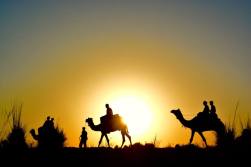 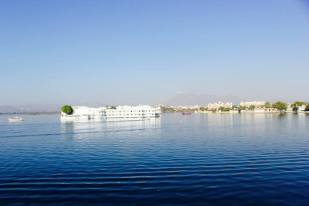 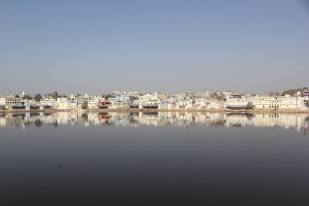